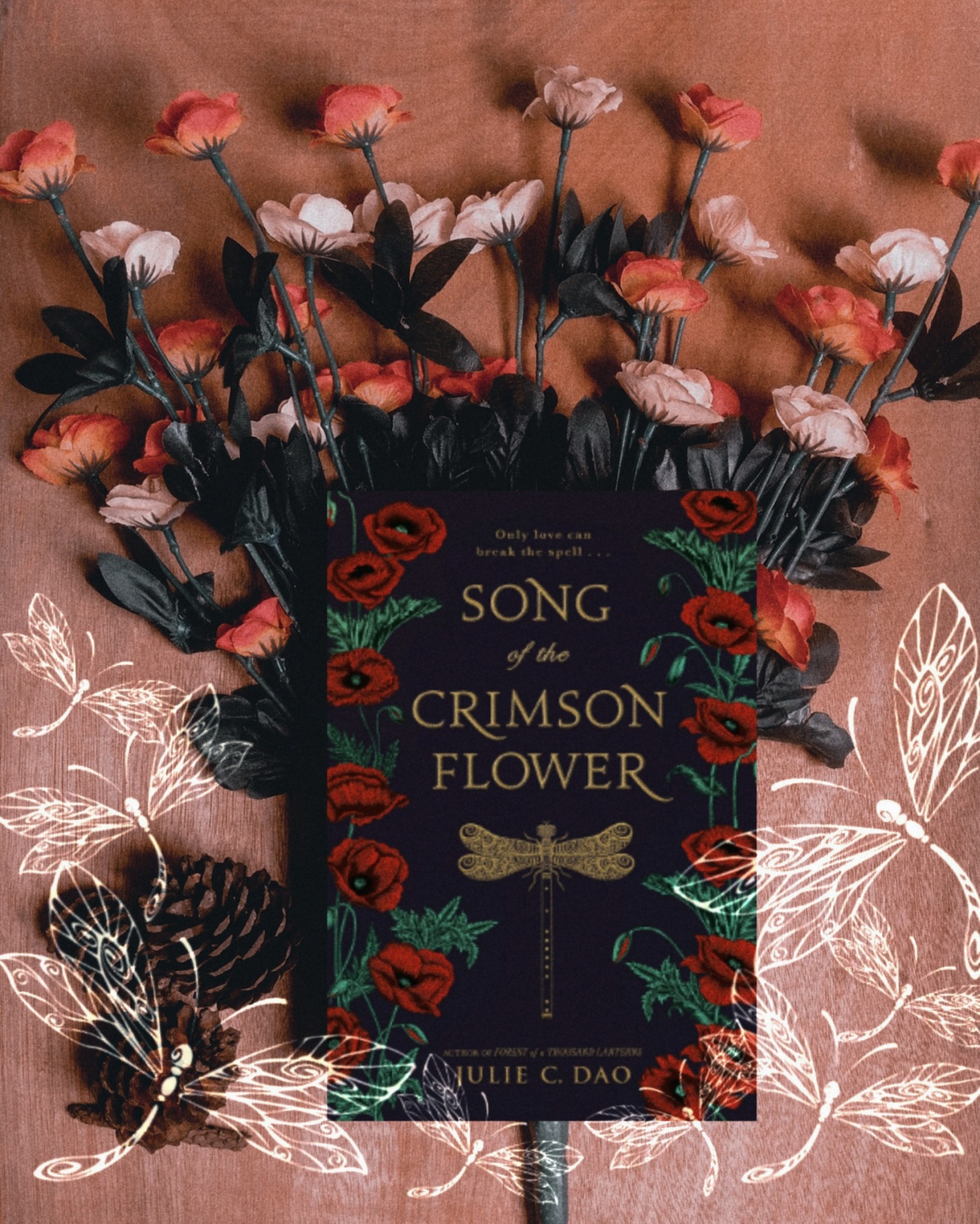 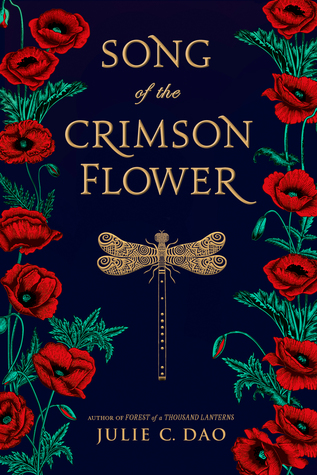 Title: Song of the Crimson Flower

From the acclaimed author of Forest of a Thousand Lanterns comes a fantastical new tale of darkness and love, in which magical bonds are stronger than blood.

Will love break the spell? After cruelly rejecting Bao, the poor physician’s apprentice who loves her, Lan, a wealthy nobleman’s daughter, regrets her actions. So when she finds Bao’s prized flute floating in his boat near her house, she takes it into her care, not knowing that his soul has been trapped inside it by an evil witch, who cursed Bao, telling him that only love will set him free. Though Bao now despises her, Lan vows to make amends and help break the spell.

I would like to thank Rafael of The Royal Polar Bear Reads, Erika of The Nocturnal Fey, and Penguin Random House International for hosting and INTL blog tour and providing a review copy of this book. Opinions expressed in this review are completely my own.

After reading the first two books of the author, I can say truly say that Julie C. Dao never fails to entertain me with her stories. I enjoyed the villain origin story of Xi Feng, went on a quest with princess Jade, and now fell into a fairytale-like romance that defies all storms and deepens with the test of time.

If I were to describe this novel in one word, I would say that this book is simple. There are no flashy dragons, save-the-world adventure, nor actioned-packed fighting. Instead, I was brought into the lives of two individuals of different standing in a society whose fate intertwine because of a curse. The story follows Lan, a daughter of a wealthy nobleman, whose dream was to marry the man of her dreams. Everything seemed to go according to plan, except her fiance kept delaying their wedding date. When her childhood friend, Bao, confessed his love to her, she cold-heartedly rejected him, even leaving him with hurtful words. Devastated because of what happened, Bao left hastily to forget his feelings for Lan. However, he crossed paths with an evil witch, who cursed Bao. When Lan felt remorse for her action towards Bao, she was willing to do anything to make amends to him, even when it meant helping him lift the curse, no matter what the consequences were.

Julie did a great job narrating a love story that is both romantic and innocent at the same time. I like how pure and undemanding Bao’s love for Lan is. Even when he got hurt, his feelings did not waiver, and as he knew Lan, his love for her grew deeper. I also like how there is a subplot about a mysterious illness that had been plagued the villagers and its connection to Bao’s past. Lastly, aside from the love story, this book also emphasized how “the end does not justify the means.” We sometimes overlook things as long as the outcome favors us. Even when you think that what you are doing will result in a greater good, but the methods use overrule moral limits, the outcome itself is tarnished already.

It is no doubt that Bao is my favorite character in this novel. He is not just a love interest. His pure heart stands out even when Lan isn’t around. He has qualities that make him feel like a real person. I mean, my heart would definitely melt when a boy such as Bao made a song for me. On the other hand, Lan is a character that grows on you. It was hard for me to like her first, because all she thought about was to get married. She also did some things I did not like at all. However, she learned and admit her mistakes, and most importantly, she wanted to correct her mistakes.

The only issue I had in this book is how the mysteries and connections were revealed. I think it would have been executed better to make a strong impact on readers. Nevertheless, I enjoyed reading this novel.

Overall, Song of the Crimson Flower by Julie C. Dao is a simple, yet entertaining read. If you’re looking for a book to read in one sitting, this is definitely for you!

Erika from The Nocturnal Fey

Sumedha from The Wordy Habitat

Myrth from Tales Past Midnight

Ruthsic from YA on My Mind

Prin from Princess and Pages

Kathleen from The Last Reader

Lili from Utopia State of Mind

Julie C. Dao (www.juliedao.com) is a proud Vietnamese-American who was born in upstate New York. She studied medicine in college, but came to realize blood and needles were her Kryptonite. By day, she worked in science news and research; by night, she wrote books about heroines unafraid to fight for their dreams, which inspired her to follow her passion of becoming a published author. Forest of a Thousand Lanterns is her debut novel. Julie lives in New England. Follow her on Twitter @jules_writes.

Julie is represented by Tamar Rydzinski of the Laura Dail Literary Agency.

One thought on “INTL Blog Tour: Song of the Crimson Flower (Rise of the Empress companion) by Julie C. Dao”

Book Feature: The Last Lumenian Series
🗡️BOOK TOUR + INTL GA🗡️
🌿BOOK TOUR + US GIVEAWAY🌿
Q: How many languages do you speak?
Q: Would you rather only be allowed to read new releases OR only be allowed to read classics?
🍂BOOK COVER REVEAL🍂
Q: You would become one of the Four Horsemen of the Apocalypse. Who would you be based on your battery percentage?
Book Review Excerpt: Of Blood and Fire by Ryan Cahill - 4.5/5 stars! 🌟
QOTD: Would you rather inherit money or a dragon's egg?