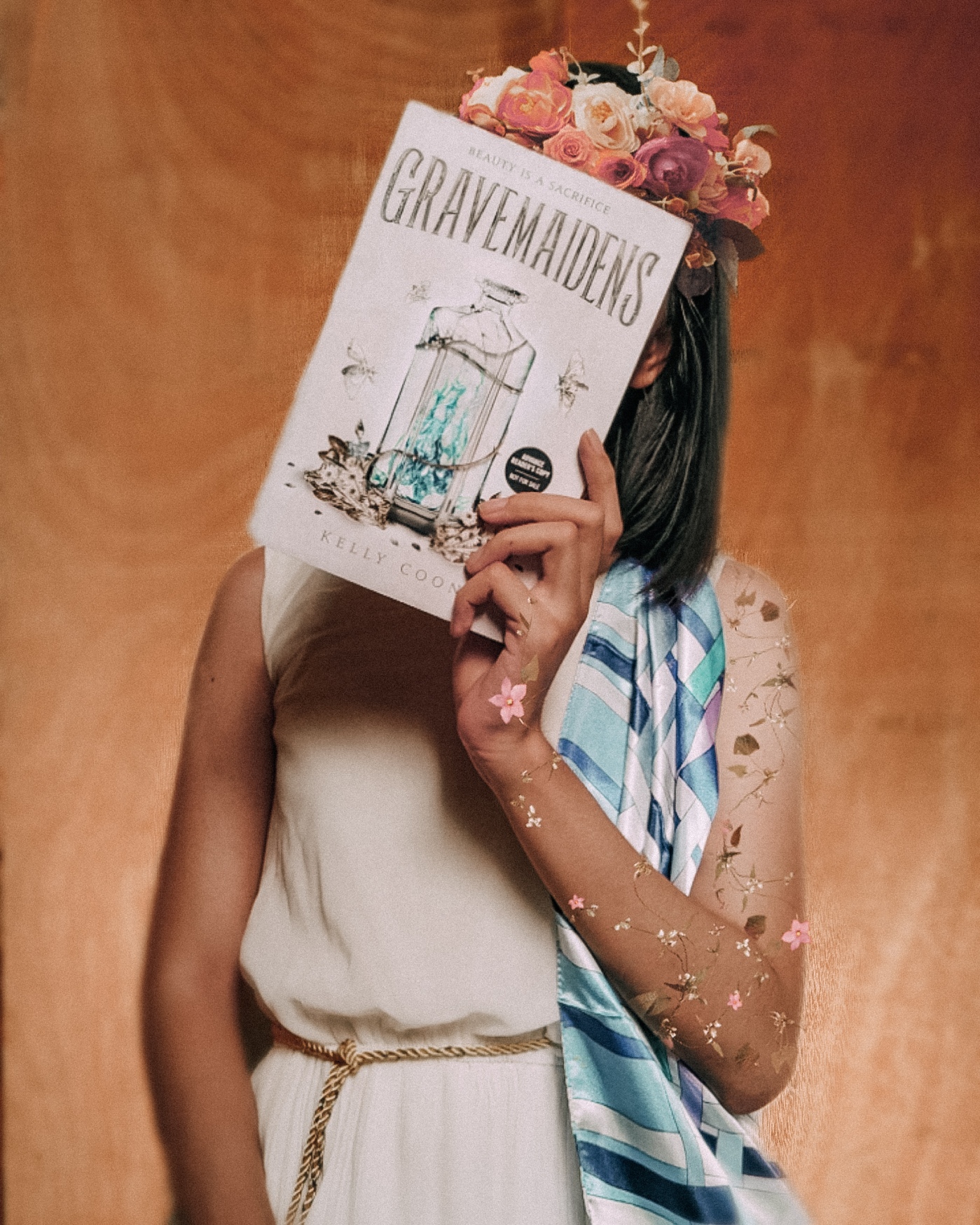 The start of a fierce fantasy duology about three maidens who are chosen for their land’s greatest honor…and one girl determined to save her sister from the grave.

In the walled city-state of Alu, Kammani wants nothing more than to become the accomplished healer her father used to be before her family was cast out of their privileged life in shame.

When Alu’s ruler falls deathly ill, Kammani’s beautiful little sister, Nanaea, is chosen as one of three sacred maidens to join him in the afterlife. It’s an honor. A tradition. And Nanaea believes it is her chance to live an even grander life than the one that was stolen from her.

But Kammani sees the selection for what it really is—a death sentence.

Desperate to save her sister, Kammani schemes her way into the palace to heal the ruler. There she discovers more danger lurking in the sand-stone corridors than she could have ever imagined and that her own life—and heart—are at stake. But Kammani will stop at nothing to dig up the palace’s buried secrets even if it means sacrificing everything…including herself.

I would like to thank Penguin Random House International for providing a review copy of this book. Opinions expressed in this review are completely my own.

Set on an imagined city-state inspired by those in Sumer, Gravemaidens by Kelly Coon tells a dark and intense fantasy story of sisterhood against one dark tradition. Readers will travel to a world of sandstone halls, colorful tunics, intricate flower crowns, and ancient traditions.

The story follows Kammani, the daughter of the best healer or A-zu in the city-state of Alu. Her family was cast out when her father failed to save the life of Lugal Marus’ only son. As if living in poverty wasn’t enough punishment, Kammani’s younger brother, Kasha, was taken to the palace to serve the royal family. Ever since her mother died, her father became a useless drunk, so providing food for the family became Kammani’s responsibility. Every day, she earned by healing others. Things got worse when Lugal Marus was dying. There was a tradition that when the ruler of Alu was dying, three beautiful maidens would be selected to become queens and accompany him to the afterlife. It was considered a huge honor to be chosen, but not for Kammani. When the maidens were selected, Kammani’s younger sister, Nanaea, was chosen. Kammani already lost too much that was why she would do anything to save her sister’s life even when it meant endangering her own life.

For me, the pacing of the story is fast. The premise is truly unique. I was easily engrossed in the story. It was refreshing to read a setting that was different from the Western-inspired royalty’s fantasies. Interesting elements and archaic traditions were included, even when sometimes they were gruesome and graphic. However, these things really added new spices to the story. The world-building wasn’t solid as I would have liked, but I think it was because the narrative was told through Kammani’s POV and it was more of a character-driven plot. Also, the plot was a little bit predictable. I already guessed who the villains were before it was revealed. Nevertheless, I enjoyed reading the novel. On the other hand, I like the romance in this book. At first, I was having doubt, but Dagan was such an honorable and adorable love interest. This novel depicted friends-to-lovers trope really well.

Among all the characters in this novel, Iltani, Kammani’s best friend, was definitely my favorite. She was sassy and mischievous. However, she was also loyal and definitely care a lot about Kammani’s state.

I am relieved that this book doesn’t have a cliffhanger ending. I am very interested in what will happen next.

YA author Kelly Coon (GRAVEMAIDENS, Oct. 29 2019 Delacorte Press, sequel 2020) is an editor for Blue Ocean Brain, a member of the Washington Post Talent Network, a former high school English teacher, ACT test prep book author, and a wicked karaoke singer in training. She adores giving female characters the chance to flex their muscles and use their brains, and wishes every story got the happy ending she’s living near Tampa with her three sons, brilliant husband, and a rescue pup who will steal your sandwich.