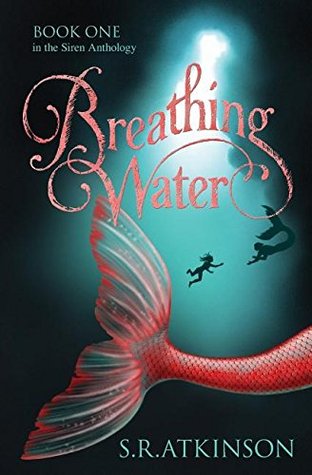 ADD THIS BOOK TO GOODREADS!

I received a copy of this book from Smith Publicity. Opinions expressed in this review are completely my own.

Breathing Water by S.R. Atkinson is a refreshing tale of one of the most mysterious and fascinating creatures living in the depths of water — mermaids. Ever since I was a child, I’ve been hearing and seeing different versions of tales about them. That’s why now that I am an adult, I enjoy reading about them because it gives me a nostalgic feeling. Luckily, this book tells an entertaining narrative that I haven’t seen or heard before.

The story follows two main protagonists named Santiago and Nephira. Through alternating POVs, it narrates what’s happening in the present time and in the past. The first story arc is focused on Santiago. Santi is a human, a Crucal to Serras. She has a childhood Serra friend, Rogan, who taught her how to breathe underwater so she can stay under the sea for a long time. Unfortunately, when a tragic attacked happened to Rogan’s community, Santi had to leave for her own safety. Six years after the traumatic accident, Santi decided to look for her Serra family. However, the community and people that she loved and was looking for wasn’t what she remembered and expected to be.

The second story arc is about a Serra named Nephira. She was taken captive by Tullus, a Roman King. Because of Tullus’s cruelty, she had to face unimaginable difficulties. These hardships that she faced would also become the turning point of how the Serras live. Also, this would lead to further problems which would deeply affect the present time.

The pacing of the story is quite consistent. The author did a good job of introducing readers to a magnificent world of Serras and Sirens. I was completely engrossed learning about the backstories of each character. It was convincing and plausible. The only issue I had is the transition. The shift of Santi’s POV to Nephira’s POV isn’t smooth. It would have been better if there were a date written on the chapter’s subheading to avoid confusion.

Although I wasn’t able to relate completely to the main protagonists, it didn’t affect the enjoyment of reading their stories. Also, Santi felt quite flat for me, but Nephira got me captivated. I felt sorry for her because she suffered the most in this book. Maybe, Santi’s character will be fleshed out in the sequel.

Overall, Breathing Water is a good start to this series. There are still a lot of things that need to explore and make this story great. I am looking forward to what will happen to the next book! 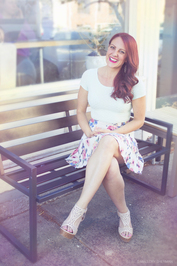 I have been a writer since I was a child, finishing my first chapter book in 5th grade about a computer who brainwashed a little girl to take over the world. Since then my writing ability has improved but my imagination has stayed the same.

Weaving tales of adventure, magic, and heart, I try to write real-world problems in fantastical situations. I always makes sure females are heroic and family values are at the fore-front.

My first book, Breathing Water, was released in July 2015 and the sequel, Surface Tension, came out in July 2016 to rave reviews. I am so excited to have my third book in the Siren Anthology series, Treading Waves, coming out June 16, 2019!